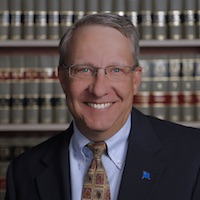 James Cavilia of Allison MacKenzie Law Firm was recently announced as one of the Top Attorneys in Northern Nevada by Nevada Business Magazine. Each year, the publication releases its Legal Elite list highlighting the top attorneys in the state. After an intense nomination, verification, and voting process, Jim was named as part of the 2018 Legal Elite.

The Legal Elite list includes only the top 3 percent of attorneys in the state broken down by location. In addition, Legal Elite includes special lists ranking Nevada’s best “Up and Coming” and best government attorneys. The process is rigorous and each nominee must navigate several levels of scrutiny before obtaining approval to appear on the list. After closing the nomination process, each ballot was individually reviewed for eligibility and every voting attorney was verified with the State Bar of Nevada. The Legal Elite process is now in its 11th iteration.

Jim is a partner at Allison MacKenzie and has dedicated his career to serving the communities of Northern Nevada. Jim joined the team of Allison MacKenzie in 1992. A native Nevadan, Jim Cavilia graduated from the University of Nevada, Reno, and then obtained a law degree from Santa Clara University School of Law in 1990. Jim was admitted to practice in Nevada in 1990, and in California in 1991. His areas of practice include real estate development law, land use, real estate transactions, administrative law, business law, and water rights law.

Further, Jim is involved with a number of professional organizations including the Washoe County Bar Association, First Judicial District Bar Association and the State Bar of Nevada. His dedication to the local community is evidenced by his participation with the Catholic Diocese of Reno School Board, St. Teresa of Avila Catholic School Finance Board, Northern Nevada Development Authority Board of Directors, the Boys’ and Girls’ Club of Western Nevada Board of Directors from 1994 through 2003, Catholic Community Services of Northern Nevada Board of Trustees, and Bishop Manogue High School Board of Regents.

Congratulations to Jim and all of the distinguished attorneys featured among the 2018 Legal Elite.