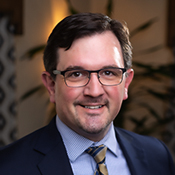 Joel W. Locke joined Allison MacKenzie in 2007. A native Nevadan, Joel Locke graduated from the University of Nevada, Reno in 2000, and then obtained his law degree from Gonzaga University School of Law in 2006. He was admitted to practice law in the State of Nevada in 2006.