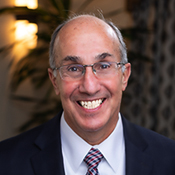 Mike Pavlakis joined the law offices of Allison MacKenzie in 1979. Mike offers expertise in corporate governance, business, real estate, health, and education law. He is respected for his representation of hospitals and school districts, and he is often called upon for general business matters.

Mike Pavlakis was admitted to practice law in the State of California in 1978, and in the State of Nevada in 1979. He served as a law clerk for Justice Manoukian at the Nevada Supreme Court for one year before joining the firm. He is a member of the Washoe County Bar Association, First Judicial District Bar Association, State Bar of Nevada, and the American Bar Association. He is AV® Preeminent™ Peer Review Rated by the Martindale Hubbell Law Directory.