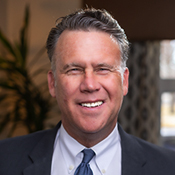 A Nevada native and a graduate of the University of Nevada, Chris returned to the Silver State upon graduation from the University of Idaho School of Law in 1993. He was admitted to practice law in Nevada later that same year. His professional experience includes the U.S. District Court, District of Nevada and U.S. Court of Appeals, Ninth Circuit as well as a clerkship to the Honorable Michael E. Fondi, First Judicial District Court. He is a member of the Washoe County Bar Association, First Judicial District Bar Association, American Bar Association and the State Bar of Nevada. Being an avid outdoorsman, his community association includes extensive involvement with Nevada wildlife issues, including six years on the Nevada Wildlife Commission, whereon he served as chairman.