The Rule of Law – Part I 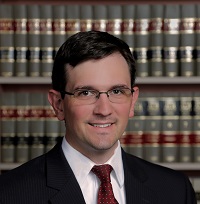 Each summer, the State Bar of Nevada holds an Annual Meeting of its membership, which is comprised of Nevada licensed attorneys and members of the judiciary. The meeting offers attendees a dynamic environment of continuing legal education and networking opportunities. This year’s meeting was held on July 12-14 in the beautiful and exciting city of Chicago, and the theme of the meeting was “The Rule of Law.” One of the goals of the conference was to celebrate and educate the attendees on the role that lawyers have in supporting the Rule of Law.

I was honored to introduce one of the speakers, Susan Saladoff. Ms. Saladoff is the director, writer, and producer of the HBO Documentary hit, “Hot Coffee! Is Justice Being Served?” which premiered at the 2011 Sundance Film Festival. Ms. Saladoff is a former trial lawyer, and during her presentation, she shared her journey of making the film, how it was received, and what has happened since the film was released. She also appeared on The Colbert Report to discuss the film, as can be seen here: CC.com

The documentary is the “true story” behind the famous McDonald’s spilled hot coffee case, the news of which swept the nation at the time. While many think they know the facts behind the case (which resulted in a jury award of almost $3 million), most probably do not realize that many American companies in various industries spent millions of dollars distorting the facts of the case in order to protect against large awards in the future and to limit an individual’s access to the courts.

Ms. Saladoff’s film tells the actual facts behind the case and follows four individuals whose lives were devastated by the results of the attacks on an individual’s access to the courts. Further, Ms. Saladoff’s film challenges the assumptions that many Americans hold about “jackpot justice.”

Ms. Saladoff’s presentation was impassioned, funny, and engaging. Amazingly, only 20% of the audience had seen her documentary, which is available online and on HBO. A screening of her film followed her lecture and was well-attended. I urge you to watch her film and contrast the news media’s coverage of the case with the truth. It is startling.

Ms. Saladoff is hard at work on her next big “yet to be revealed” project. With the passion and force she puts into her work, I am sure it will be a thought provoking and entertaining success.