Congratulations to Joel W. Locke on his appointment to the Nevada Commission on Judicial Selection. Read more below. 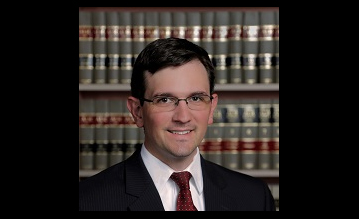 The Nevada Commission on Judicial Selection is charged with filling judicial vacancies that occur before expiration of a term of office in the Supreme Court, Court of Appeals or District Court.

Locke joined Allison MacKenzie in 2007 and practices in a variety of areas, including estate planning, probate, labor and employment and business law.

He graduated with a Bachelor of Science in Finance from the University of Nevada, Reno, in 2000. He obtained his law degree from Gonzaga University School of Law in 2006. Locke serves on the Board of Governors for the State Bar of Nevada and is also a Judge Pro Tem for the Carson City Justice and Municipal Courts.