The 81st (2021) Session of the Nevada Legislature began February 1, and adjourned June 1. A total of 1,035 bills were proposed during the session, with less than a third making it to Nevada Governor Steve Sisolak’s desk for final approval.

Democrats Had the Numbers
The Democratic Party held a majority of the seats for both houses of the state Legislature. The Nevada House of Representatives consisted of 26 Democrats and 16 Republicans, while the Nevada State Senate was made up of 12 Democrats and nine Republicans. The most active sponsor for bills in the House was state Representative Selena Torres (D) with a total of 72 sponsored bills. In the Senate, state Senator Joseph Hardy (R) was responsible for 90 sponsored bills.

Committees
There are currently 21 state of Nevada committees that manage bills and legislation in their prospective, appointed domain subjects. Eleven of these are Senate committees, and 10 are state House committees. Each committee is formed with a specific area of governmental focus. See a list of committees below. 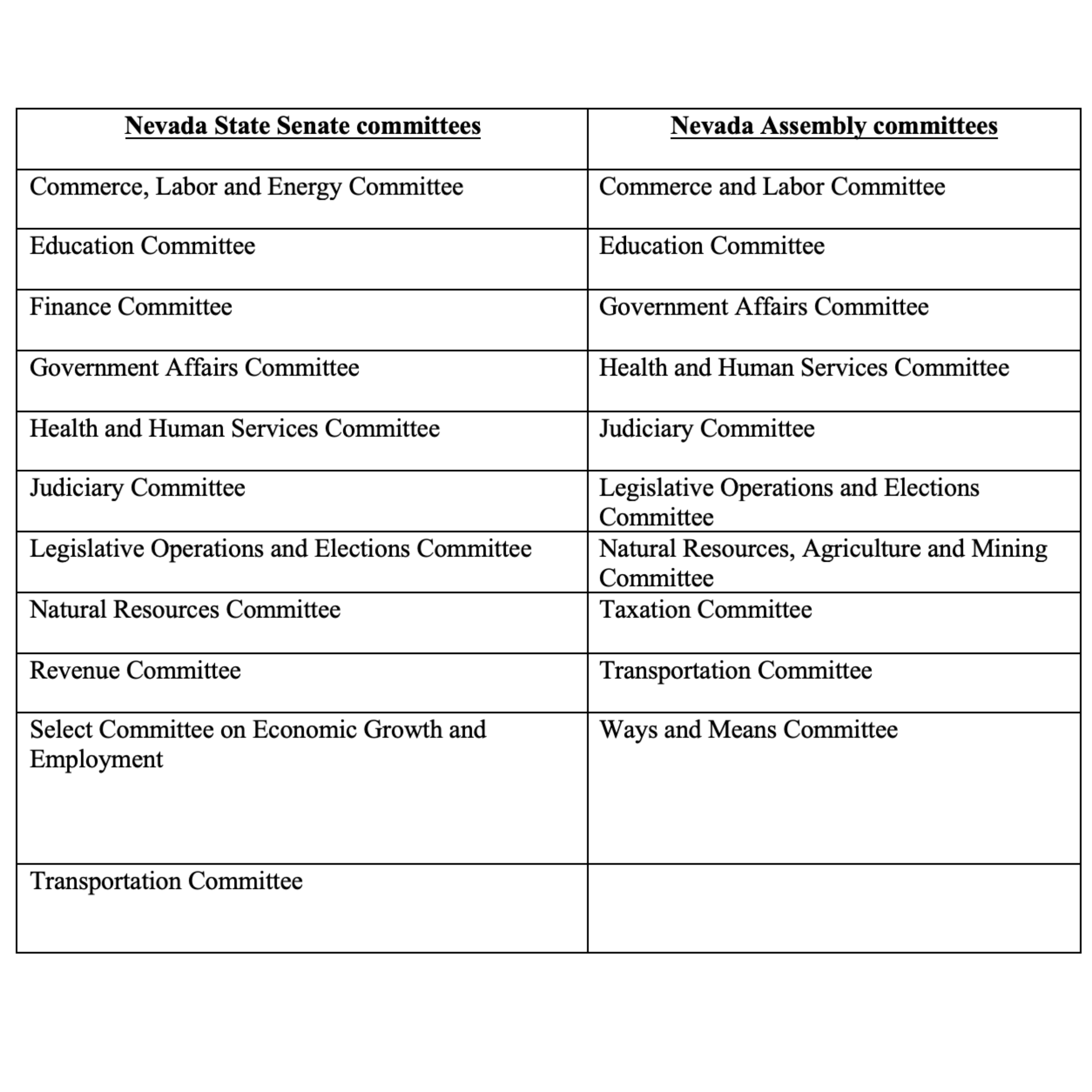 Controversial Bills Among Those That Failed
With only 322 of proposed bills passed, more than 700 sponsored bills failed to make it to the Governor’s office. Two such failed bills were Nevada Assembly Bill 395 and Nevada Senate Bill 452, both considered somewhat controversial. If passed, Nevada Assembly Bill 395 would have abolished the death penalty in the state of Nevada. While it did pass in the House with a 26-16 party-line vote, without Sisolak’s support, it lost momentum and died on the state Senate floor. Along the same lines, Nevada Senate Bill 452, which focused on prohibiting guns on casino property passed the state Senate but was not approved by the House.

Passage of Health-Related Bills
Though most proposed bills failed to move forward, some health-related bills did pass. This may be due, in part, to an increased focus on mental and physical health in the wake of the Covid-19 pandemic. Under Nevada Senate Bill 390, a suicide prevention and behavioral health crisis hotline will be created. Nevada Senate Bill 211 also passed, allowing patients easier access to testing for sexually transmitted diseases. Please reach out with questions regarding these bills or any of the other 320 bills passed this legislative session. We are well-versed on each bill passed, health-related and otherwise; and we are ready to provide legal advice, counsel, and representation on matters pertaining to these bills.